In last two decades an increasing number of publications about damaging action of environmental pollution factors and several drugs on immune system led to formation of independent scientific field – immunotoxicology.

Immunotoxicology was born in the second half of 70-ies of the 20th century. In 1979 the materials of the first symposium on this subject were published in the “Annals of New-York Academy of Sciences”, and in 1983 in the journal “Immunology Today” it was first formally declared about the emergence of a new scientific field – immunotoxicology, as a result of immunology and toxicology integration.

Immunotoxicology in a research field is determined as a science concerned with the identification and analysis of environmental agents, chemical, food and medicinal factors that cause immunity changes.

The first decade of immunotoxicology existence was inaugurated by the development of the studies in the following directions.

Proof that immune system of an organism may be a target for damaging action of xenobiotics.

Confirming that immunosuppression, hypersensitivity and autoimmune processes may be undesirable consequences of xenobiotic impact.

Developing a standard group of tests for studying immunotoxicity in rodents.

To date the field of research interests in immunotoxicology presents a clearly limited part of immunology based on toxicological principles. Since in the whole world in society there is increased understanding the importance of relations between immunity and general state of human health, the importance of immunotoxicology raises to a degree of vital interdisciplinary field.

Now immunotoxicology as a scientific field is rightfully represented in programs of most toxicological research institutions.

Unlike established Protocols of preclinical studying general toxic effects, the methodological and methodical problems of studying immunotoxic action of pharmaceuticals till now remain a subject of searching and discussions in the whole world.

In our country there was developed a range of the appropriate methodical recommendations that regulate the study of pharmaceuticals influence on immune system, study of allergenic and immunotoxic effects of potential drugs.

By immunotoxic action it is traditionally understood a modifying influence of xenobiotics and drugs on immunogenesis including immunosuppression and hyperstimulation of immunity which may lead to decreased resistance of an organism to infections, increased risk of oncology diseases, development of autoimmune pathology and allergization of an organism.

The main problem of preclinical study of the influence of potential medicinal products on immune system is to prove or exclude possibility of developing immunotoxic effect induced by a pharmaceutical or its metabolites during the experiment in animals.

This approach of assessing immunotoxic effect of pharmacological agents  is to study a range of integral immunologic functions that allow evaluating a potential risk taking into account the results of hematological and morphological studies of lymphoid organs, when using new pharmacological agent.

Obligatory testing for immunotoxicity should be subject to new original pharmacological agents as well as the known drugs with no data on the immunotoxicity study that are recommended:

Individually may be discussed a question of studying immunotoxicity of the drugs:

Testing is non-obligatory for the drugs:

The main goal of immunotoxicology is the development of the strategy of immunity state assessment that will allow accurately predicting the consequences of exogenous factor influence on the human immune system.

Questions of methodology of immunotoxicological study were discusses the most detailed and carefully in 1994 at a workshop held in Arlington (USA).

When testing on immunotoxicity a step approach is proposed to use, usually two- or three-level. While assessing of immunotoxicity the priority is given to the functional methods of immunological study, morphological and histological studies serve as an addition. At the workshop a great attention was paid to the method standardization: the method validity (selectiveness, specificity, sensitiveness, accuracy and reproducibility); animal choice (specific and genetic features); inter-laboratory verification of studies.

When discussing the conditions of the study on immunotoxic properties of pharmacological agents, the most debated questions are those of choosing methods, doses and administration schemes of test drug.

For preliminary analysis of immunotoxicity of pharmacological agent there may be used:

Assessment of immunotoxicity of drugs is performed according to the Manual for conducting preclinical studies of drugs. Under the editorship of Mironov A.N., Bunatyan N.D. et al., M., publishing house “Grif and K”, 2012; FDA – Immunotoxicology Evaluation of Investigational New Drugs, ICH – S8, and based on the following tests:

2) Assessment of cellular immune response (using the reaction of delayed-type hypersensitivity to hapten or sheep erythrocytes); 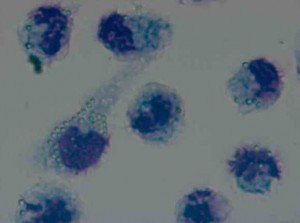 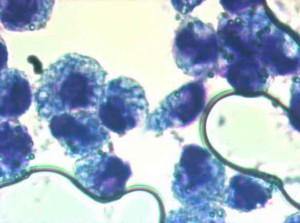 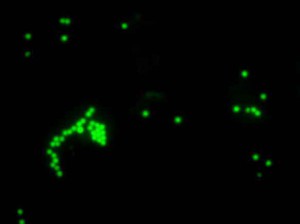 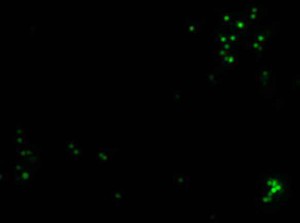 5) Analysis of immunoglobulin levels by ELISA method (in addition);

6) Analysis of cytokine levels by ELISA method (in addition);

7) Analysis of hematologic indicators (such as leukocyte count and leukocyte formula) (in addition);

8) Analysis of chemotaxis of neutrophils and macrophages (in addition);

9) In vitro studies on cell lines (inhibition/stimulation of proinflammatory cascade, analysis of cytokines such as IL-1β, TNFα, IL-6 and etc.) (in addition);

10) Assessment of the interaction with TLR receptors in vitro (in addition).